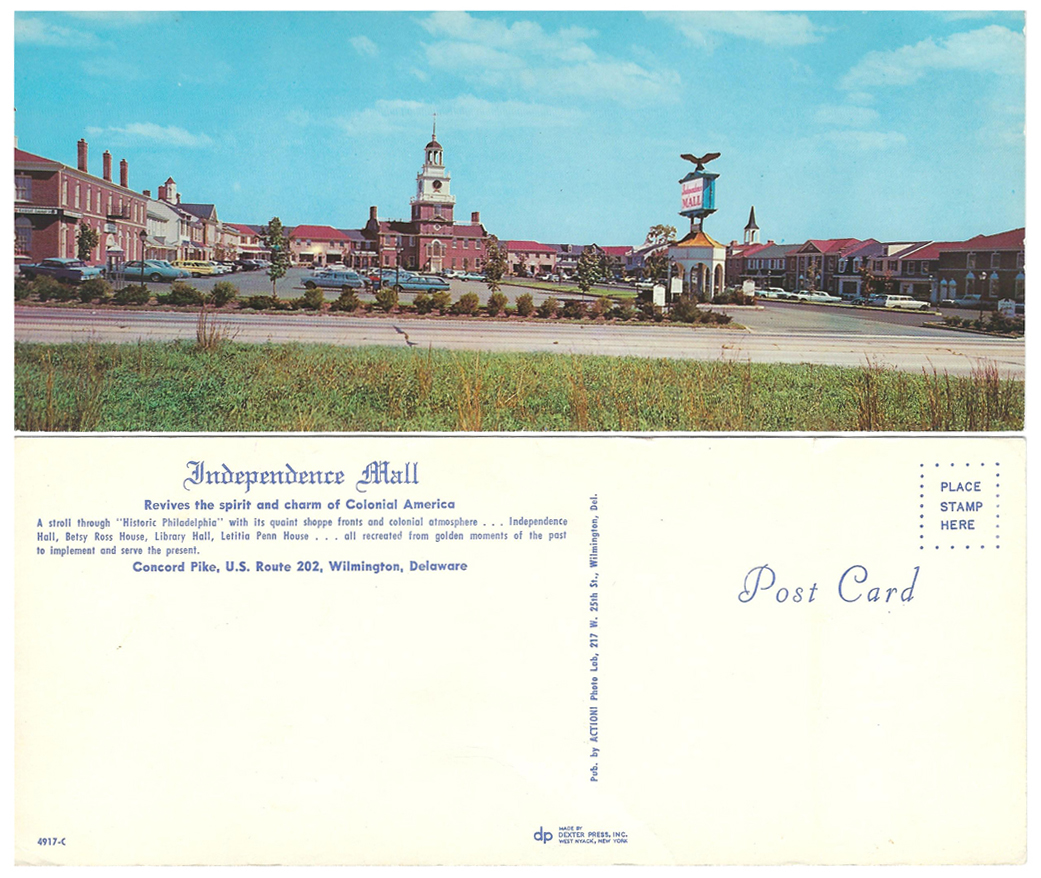 Independence Mall was built by Developer Emilio Capaldi and was completed in 1964, with his love for history and the legacy of American freedom and entrepreneurship.  In an article published in the Philadelphia Inquirer in 1964, Mr Capaldi, talking about shopping centers, said: ‘They leave no impression on you after you leave them,’ he laughs. ‘They’re sort of long, gray lines with dits and dots of neon. Right? That’s why I wanted to build something that adds to the over-all appearance of my city.’”

A major renovation to the entire mall brings a renaissance to the legacy of the American tradition. The re-creation provides suites as unique as your business, allowing tenants to live out their own American Dream.

Roseanna Richards, daughter of Emilio Capaldi, is the owner of Independence Mall. Through her creativity and inspiration, she has supervised the renovation of the entire Mall to bring it into the 21st century while keeping true to her father’s vision.